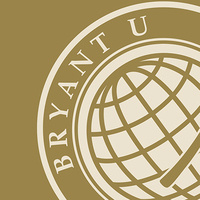 Addressing the real phenomenon of quiet quitting: this Forum explores what and how widespread it is; the impact on organization effectiveness; and how organizations can minimize, avert and counter the impact.

Leading this Forum is Mike Ritz, an Executive Director at Gallup. Founded in 1935, Gallup has long been reputed to know more about the will of employees, customers students, and citizens than anyone in the world. From their research and fieldwork, Gallup knows what matters most to people at work and in life, and how those priorities change over time. Gallup uses this wealth of knowledge to create workplace transformation.

Mike Ritz had previously served for over 13 years as Executive Director of Leadership Rhode Island where LRI received numerous accolades, including the Excellence in Public Service Award by Common Cause RI, two National Innovation Awards from the Association of Leadership Programs, and three Community Outreach Awards from the RI Press Association for public forums in partnership with The Providence Journal and Rhode Island College. LRI’s innovative Make RI Stronger social enterprise, launched in 2014, was recognized by Gallup as an inspiration for the global strengths movement. As Executive Director, Mike also secured the largest single donation in LRI’s 41-year history.

Before LRI, Mike served as a tri-lingual interrogator in the U.S. Army, established his first company by age 25, motivated people to excel at his fitness Boot Camps, and served as a Regional Manager for an international healthcare company based in the United Arab Emirates. A former on-call interrogation analyst for CNN, Mike has been interviewed hundreds of times for TV, radio, newspapers, and magazines. He participated in nine documentaries in 15 years; “Songs of War” won an International Emmy. On the heels of serving as the Rhode Island Chairman for the Department of Defense Employer Support of the Guard & Reserve since 2012, Mike spearheaded the national transformation from an executive strategic subcommittee to ESGR’s first board of directors since its inception in 1972. He was awarded the Office of the Secretary of Defense Medal for Exceptional Public Service before being recruited to serve as President of the board of FORGE l Overwatch Project, a national nonprofit focused on decreasing veteran and military suicides.

You're not going yet!